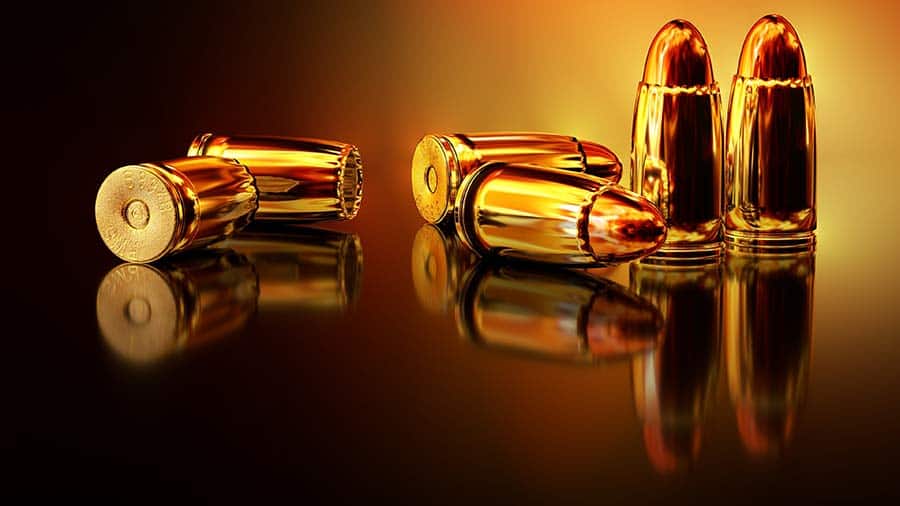 What’s The Best Bullet Caliber Sizes To Stop An Attacker?

If you are carrying a handgun for self-defense then anything under .35 caliber is not going to do a good job. Ammo in the .22, .25 and .32 calibers, commonly called “mouse gun” calibers, will not stop most motivated attackers.

The only benefit is that the handguns are lighter to carry.

At the Middle of the scale, we have the .38 calibers which can be difficult to hold when firing and sometimes unreliable.

In my opinion, the best bullet caliber sizes are the .357 Magnum and the .38 Special. Because they are revolvers then the rate of fire can be reduced to some degree. I would avoid the .38 snub nose revolvers due to their small grips and poor sight’s.

Next to consider is the 9mm, .40 and .45 which should stop most attackers with a single shot compared to two shots with the lower caliber handguns. These calibers are currently the most popular choices for concealed carry. Next lets look at some of the terminology used around bullet sizes.

First of all lets talk about the diameter of a gun barrel which is measured in hundreds or thousandths of an inch.

As an example a .45 handgun has a barrel diameter of 0.45 inches and so will need a .45 bullet caliber  (in metrics 11 mm). The diameters of barrels can also be referred to in metrics such as a 9mm handgun.

Rimfire bullets have the primer built into the rim.The firing pin strikes the primer located in the rim and ignites the propellant powder. They were invented in 1845 by Louis-Nicolas Flobert from France. The most commonly used rimfire caliber is .22 with the main advantage being they require low pressure from the firing pin resulting in light and low cost firearms.

Centerfire cartridges are used for most calibers these days apart from the smaller sizes. They can withstand higher pressures due to the thicker cases which in turn gives the bullet a higher velocity. 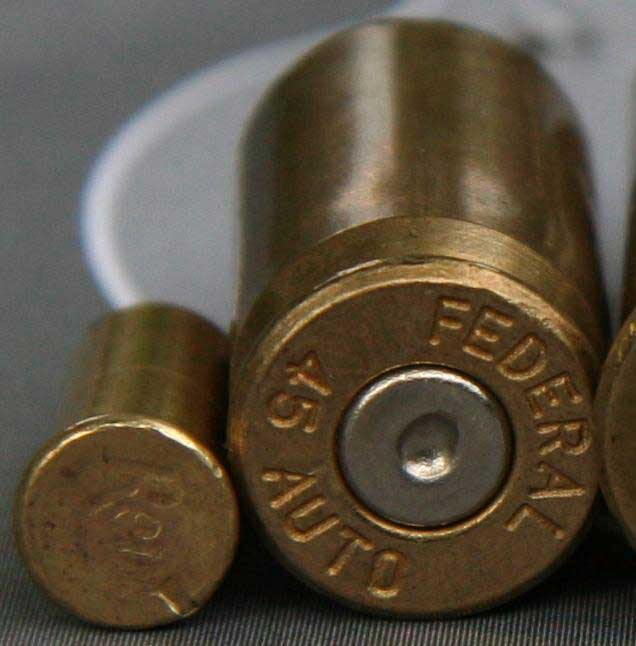 The centerfire was invented in 1829 by another frenchman, Clement Pottet. However, the design was not perfected until 1855. 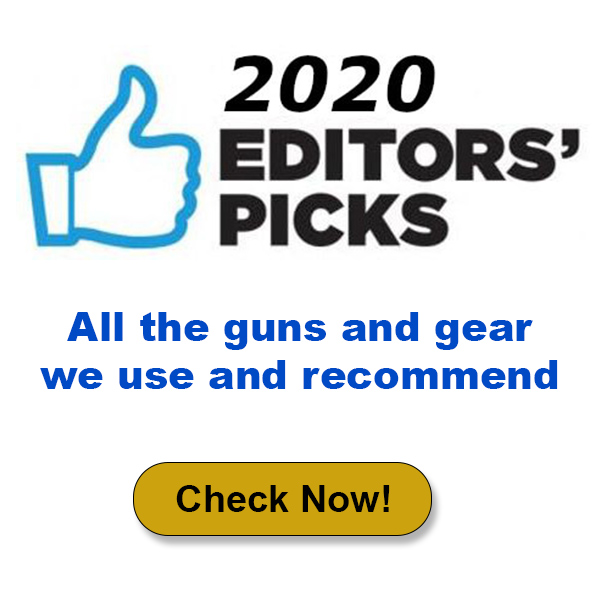 The capacity of a handgun can give you one of the easiest comparisons. The calibre of the handgun is going to determine how much ammo it will hold. With 9mm rounds being smaller than .45 you are going to fit more 9mm into a cartridge than the .45 rounds. Using the table below we can compare the carrying capacities of Glocks;

The laws of physics dictate that you cannot have a big bullet with high velocity. To achieve high velocity you would need a small bullet. So we are forced to make a compromise.

Most law enforcement have been using the .40 Smith and Wesson from 1990 when the FBI popularized the use of them. This model was chosen by the FBI as it was a compromise. It had more capacity and less recoil than a .45 Model but with more power than a 9mm.

Recently the FBI have changed to the 9mm as they say it is more accurate and faster and of course a better compromise. Other law enforcement agencies will probably follow the FBI’s example and it gives you a good example of what to buy. This should not stop you from trying out other options though.

Why The 9mm Is So Popular; 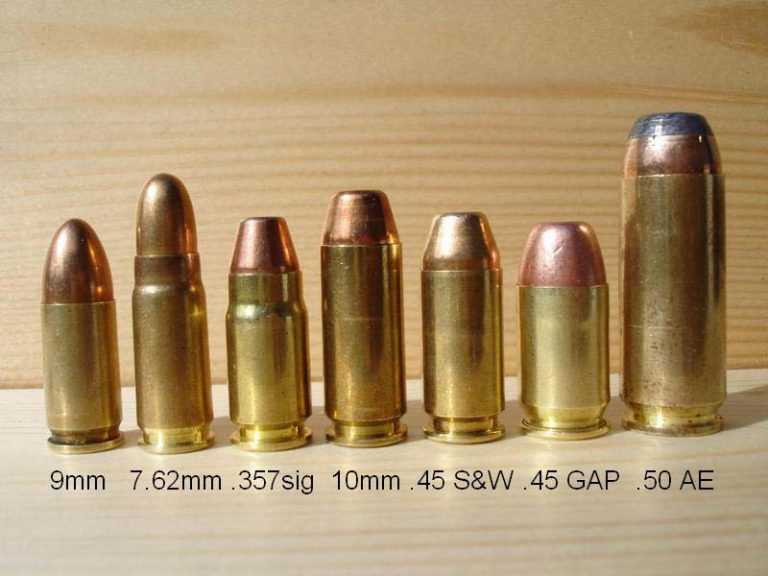