All The Fact And Info

Then you are in the right place. If you are looking for some up to date information we have it here. 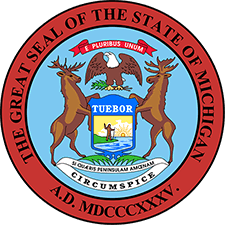 Michigan gun laws operate on a “Shall Issue” policy at the local level. To purchase handguns privately a purchase permit, background checks and firearm registration is required. Only residents are allowed to purchase handguns with non-residents being allowed to purchase long guns. Concealed carry permits require a firearms training course that has been state approved. There are exemptions for non-residents who are in the military, have a Michigan driver’s license or are registered to vote in Michigan.

How Reciprocity Works in Michigan

All CCW permits from other states are honored by Michigan with the exception of Non-resident permits. Michigan will only honor permits issued to residents of the state the permit was issued in. And the person cannot remain in Michigan for longer than 180 days.

A concealed carry license is issued to persons who meet certain requirements. Some of these requirements are that the person has not had any felonies or certain misdemeanors within the last 3 or 8 years with the time being related to the type of charge. An approved course in firearms training is also required to be taken. Applicants will also need to have been a resident of Michigan for at least 6 months before making the application. The Law
28.425 – CPL licenses

Michigan does not issue Non-Resident concealed carry licenses and they will not honor any non-resident licences from other states. There is one exception and that is if you move from another state to Michigan as a permanent resident. If you had a CCW license in another state then Michigan will accept that and waive the six month residency requirement. The Law
28.425b – Non-resident licenses

All applicants for a Michigan concealed carry permit are required to take a firearms safety course that has been approved by the state.

The fees are explained below;

You will need to pay an additional $15 for fingerprints with new applications. 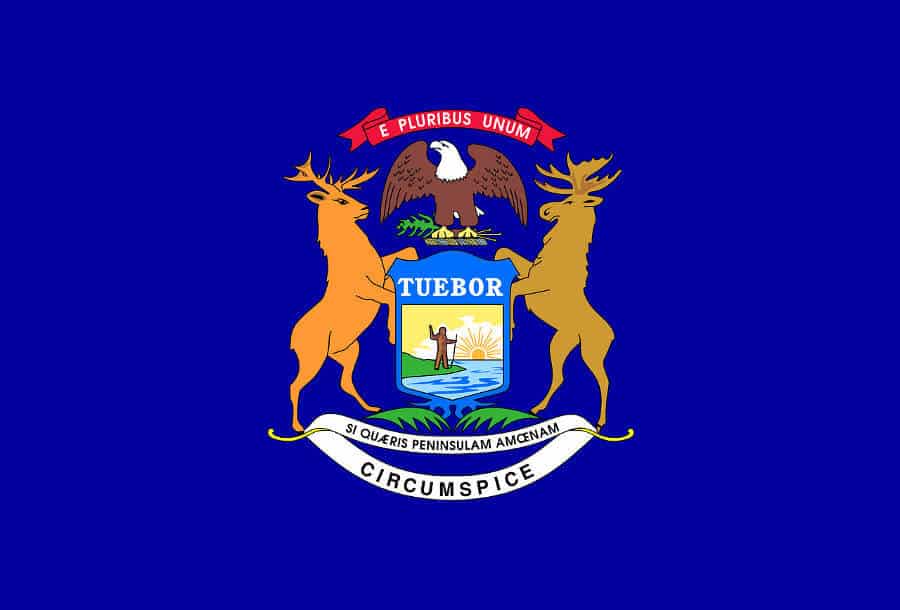 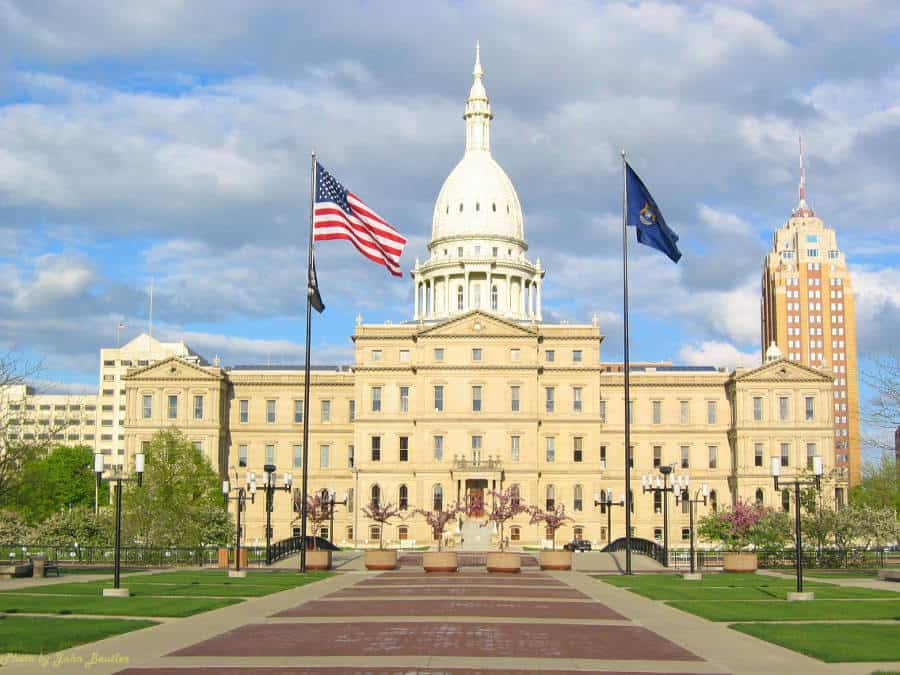 YES/NO – WITHOUT A PERMIT

If you do not have a CPL license then you cannot carry a loadedfirearm in any vehicle. Unless the firearm is unloaded and is one or more of the following;

If you have a CPL license from Michigan then you can carry a loaded and concealed firearm in a vehicle.

Carrying a handgun without a CPL license in Michigan is legal with a few restrictions.

Without a CPL License

In Restaurants That Serve Alcohol “Yes” or “No” states if you can carry in a restaurant that serves alcohol. Some restaurants may be posted with “NO GUN” signs. Check with the staff if this means just the bar area. If we have indicated a “Yes” then it should be legal to have a meal without drinking alcohol. The Law
28.425o

It is legal to carry in the following areas;

Who issues a permit

Concealed carry permits/licenses are issued by the Attorney General. Applications are submitted to the sheriff of the county you reside in.

Michigan does not have constitutional carry.

“No Weapons” signs are not mentioned in Michigan gun laws. There are no legal penalties for entering a private property or business that has posted these signs. They have no force of law unless they are posted in areas that are mentioned by the law as being off limits. GunsToCarry recommends that you do not enter a property displaying a “No Weapons” sign whether the law is for or against signage. If asked to leave a property and you refuse to do so then you are breaking the law and put yourself at risk of being charged.

(2) Subject to subsection (5), an individual shall not carry a portable device that uses electro-muscular disruption technology on any of the premises described in subsection (1).

(1) An individual may not carry a firearm or other weapon in a casino, except for the following entities:

(2) Law enforcement officers conducting official duties within a casino shall, to the extent practicable, advise the Michigan state police gaming section of their presence.

(3) Private casino security personnel may carry handcuffs while on duty in a casino.

(9) An individual who is not a resident of this state is not required to obtain a license under this section if all of the following conditions apply:

A county clerk shall not deny an individual the right to receive a concealed pistol application kit under this section.

(4) A county clerk shall issue an emergency license to carry a concealed pistol to an individual if the individual has obtained a personal protection order issued under section 2950 or 2950a of the revised judicature act of 1961, 1961 PA 236, MCL 600.2950 and 600.2950a, or to that individual if a county sheriff determines that there is clear and convincing evidence to believe the safety of the individual or the safety of a member of the individual’s family or household is endangered by the individual’s inability to immediately obtain a license to carry a concealed pistol. Clear and convincing evidence includes, but is not limited to, an application for a personal protection order, police reports and other law enforcement records, or written, audio, or visual evidence of threats to the individual or member of the individual’s family or household. A pistol training or safety program described in section 5b(7)(c) meets the requirements for knowledge or training in the safe use and handling of a pistol only if the training was provided within 5 years preceding the date of application and consisted of not less than 8 hours of instruction and all of the conditions are met.

(1) A license to carry a concealed pistol, including a renewal license, is valid until the applicant’s date of birth that falls not less than 4 years or more than 5 years after the license is issued or renewed, as applicable.

Transporting or Possessing Firearm in or Upon Motor Vehicle or Self-Propelled Vehicle Designed for Land Travel; Conditions; Violation as Misdemeanor; Penalty.

(1) Except as otherwise permitted by law, a person shall not transport or possess in or upon a motor vehicle or any self-propelled vehicle designed for land travel either of the following:

(a) A firearm, other than a pistol, unless the firearm is unloaded and is 1 or more of the following:

(2) A person who violates this section is guilty of a misdemeanor, punishable by imprisonment for not more than 90 days, or a fine of not more than $100.00, or both.

(d) To a person while transporting a pistol for a lawful purpose that is licensed by the owner or occupant of the motor vehicle in compliance with section 2 of 1927 PA 372, MCL 28.422, and the pistol is unloaded in a closed case designed for the storage of firearms in the trunk of the vehicle.

(e) To a person while transporting a pistol for a lawful purpose that is licensed by the owner or occupant of the motor vehicle in compliance with section 2 of 1927 PA 372, MCL 28.422, and the pistol is unloaded in a closed case designed for the storage of firearms in a vehicle that does not have a trunk and is not readily accessible to the occupants of the vehicle.

Regulation of Pistols or Other Firearms.

The People of the State of Michigan enact:

10.31 Proclamation of state of emergency; promulgation of orders, rules, and regulations; seizure of firearms, ammunition, or other weapons.

Sec. 1. (1) During times of great public crisis, disaster, rioting, catastrophe, or similar public emergency within the state, or reasonable apprehension of immediate danger of a public emergency of that kind, when public safety is imperiled, either upon application of the mayor of a city, sheriff of a county, or the commissioner of the Michigan state police or upon his or her own volition, the governor may proclaim a state of emergency and designate the area involved. After making the proclamation or declaration, the governor may promulgate reasonable orders, rules, and regulations as he or she considers necessary to protect life and property or to bring the emergency situation within the affected area under control. Those orders, rules, and regulations may include, but are not limited to, providing for the control of traffic, including public and private transportation, within the area or any section of the area; designation of specific zones within the area in which occupancy and use of buildings and ingress and egress of persons and vehicles may be prohibited or regulated; control of places of amusement and assembly and of persons on public streets and thoroughfares; establishment of a curfew; control of the sale, transportation, and use of alcoholic beverages and liquors; and control of the storage, use, and transportation of explosives or inflammable materials or liquids deemed to be dangerous to public safety.

Licensed Dealer
To purchase a handgun from a licensed dealer a person must be at least 21 years old or 18 for long guns.

Michigan has full preemption over all gun laws but has allowed cities and towns limited authority over the discharge of firearms in their jurisdiction.

Michigan has a castle doctrine law which allows a person to defend themselves with deadly force and no duty to retreat. This only applies when the person is in their own dwelling.

45 Days Under Michigan law new applications for a CPL license must be processed with 45 days.

Are I allowed to carry more than one gun?

Yes, you are not limited to how many guns you can carry.

Can I carry if I consume alcohol?

You cannot have a reading higher than BAC .02 alcohol content in your blood.

Who issues a CPL license?
CPL licenses are issued by the county clerk in the applicants county of residence.
Can I transfer anothe states CCW permit to Michigan?

No, the law does not allow for another states CCW permit to be transferred to Michigan.

Is there a stand your ground law in Michigan?

Yes, Michigan uses the castle doctrine law with no duty to retreat if you are in your own house.

Where do I go for training?

You can find a list of state approved instructors here.

Do I need to register my handgun?

Yes, all handgun sales need to be registered to the local law enforcement office. There is no such requirement with long guns.

For information on other states handgun laws please go back to the state laws page and select the state you are interested in.